Tell us a little more about yourself

Thanks! You'll be redirected momentarily!
Oops! Something went wrong while submitting the form. 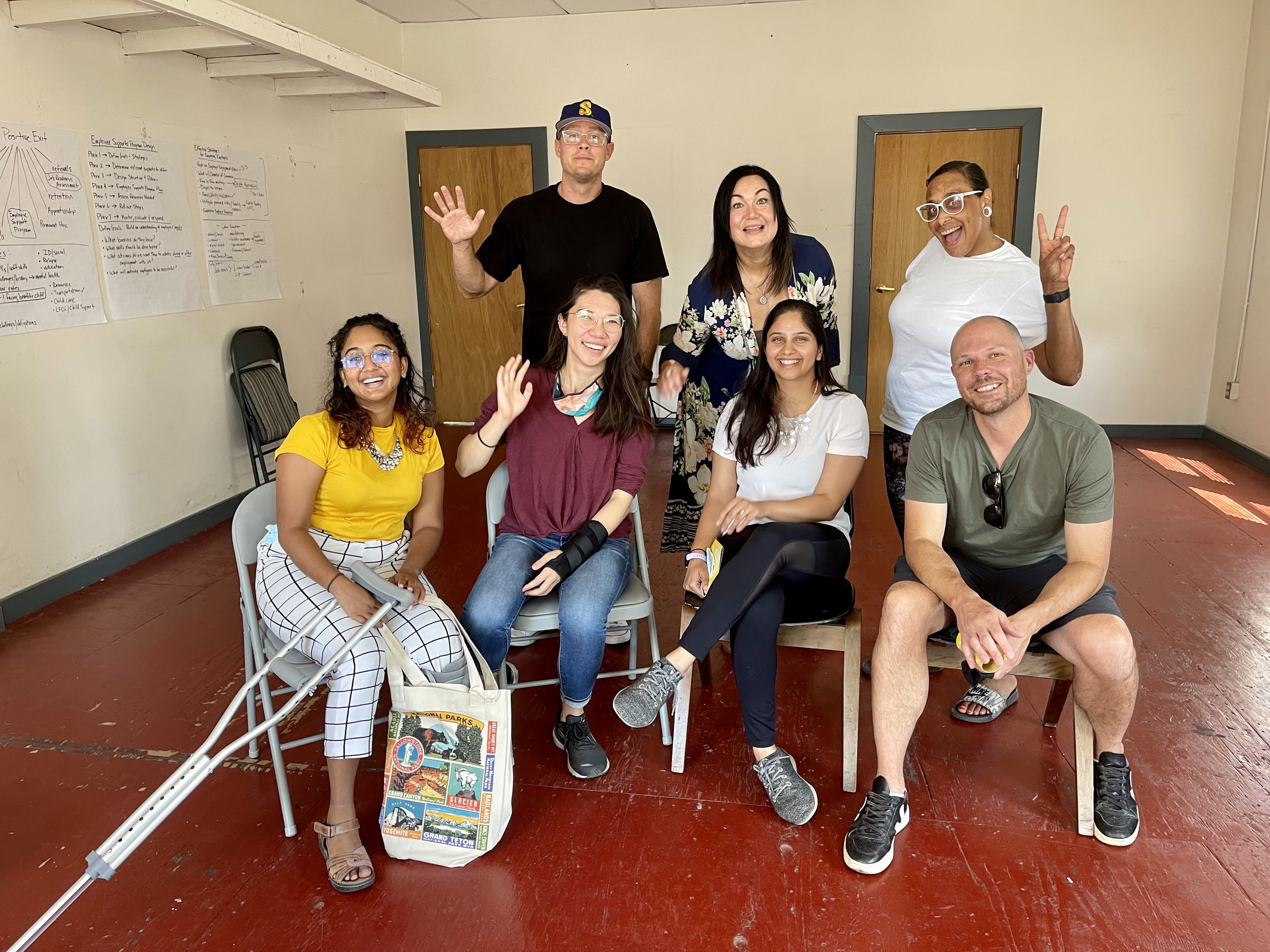 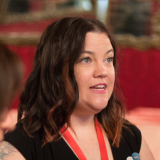 I checked in with Burb user, Nivi Achanta, from Soapbox Project, after finding out she was one of our most active users. Nivi let me know that the Soapbox community has 150 members, is hosted on Circle, and aims to support people in their journeys to find ways that they can be part of social and environmental solutions.

Can you tell us about your membership model and how it's evolving?

When we first started, we decided to go the monthly membership route. People would come in through our newsletters, which provide bite size climate action plans. To allow readers to engage further, we offered $5 to $10 monthly memberships, depending on how early you signed up. What we've explored over the past two or three months, is switching to a model where instead of a monthly membership, you pay one time for a course, and then with the course you get a lifetime membership to the community.

As a person that's running the community, I am really glad when people are engaged, but I'm also wondering what else I can do to nurture smaller group connection.

So one of the things I wanted to test with this course is when we put people through this six week prerequisite, before launching them off into the community, will they be more likely to meet up in person?

The entire goal of all of this is to drive people towards local action in their neighborhoods and in their geographical communities.

What do your members do together, that they couldn't do independently?

The three big things I would say is number one, finding people for local action. Because with the newsletter, the connection is a one-to-many relationship. So if you're on the newsletter, great, you can hear my rambles and me attempting to be funny, but you don't know who else is in LA or who else is in Ghana or whatever the case is. So, I would be behind the scenes thinking, "Here are all these people around the world in specific cities, specific countries, specific continents, and they're all asking me, "How can I make a difference in my area?" And I have no idea because I live in one place, Seattle. So, that was the first thing that the Soapbox Community facilitated, local connections in Seattle where I live.

The other thing they do together is share interest-based resources. I write on a monthly topic, for example, toxic chemicals or fast fashion or food waste, and not everybody is going to be interested in that topic. And that's the point of the newsletters, to just raise awareness on a bunch of issues and facilitate action. But if you are really passionate about, you know, public transportation and you wanna see what other people are doing on this topic, then you need to visit the forum to have those discussions.

The third thing we do together is provide support. I wouldn't say the vibe is necessarily a support group, but I do think we're more accepting of people's feelings and other communities I've been in. So, we have discussions where people are say, "I feel overwhelmed." or "I feel angry." And all of those feelings that I just think are really important to knowledge. So, I would say those are the main three things that the community has helped facilitate that wasn't possible before.

Let's talk about the day-to-day. You're one of our most active users! How do balance setting up automations and automated direct messages, with being authentic and personal?

The cool thing about Burb and other tools that I like is I don't feel that I'm making a harsh trade-off. Put it this way, my communication with the community starts with the newsletter. The biggest pieces of positive feedback that I get is that the newsletter is very authentic. I always recognize that this is an email blast that goes out to thousands of people, but I write with the idea that I am having a one-to-one relationship with the person on the other side of the computer, even if I don't know them. I do the same thing when I'm automating a message being sent to community members.

The 'gratitude automation' you suggested, where I thank my most active community members for showing up, was so plug-and-play –– really easy to set up. It's something I'd liked to do anyway, but if I couldn't automate it, it would take me much longer to do. I would probably procrastinate, and I wouldn't get around to it for another year.

So I think that my favorite thing about Burb so far is that the options are very clear and they're stuff that I wanna do anyway. And it's easy to implement these things, especially when I have examples, so that I don't have to sit here thinking, "How do I continue to scale thoughtfully?"

What do you think people need to have in place before setting up automations?

Good question! Don't hop to automations until you've done stuff manually 10 times. Which is my own advice that I already haven't followed!  One of the most important things is to really a good feel for how things look and what your limits are. So for example, even though I haven't tested that gratitude workflow manually, I knew I wanted to do. I was comfortable because I have already sent hundreds of manual direct messages on Circle.

Second, it's important to run tests so that you're very familiar on what you're doing. And also this will give you an idea of what happens next. So much of this automation stuff is just a start, especially the way that I'm using Burb. Many of these automations are going to start conversations, so you've got to be ready for what's going to happen next.

The third thing is this, people think that automating stuff is gonna solve all their problems, and that is generally not the case. Sometimes it can create more problems. So, I would just say being very clear on the problem that you're solving before even thinking about automating around it.

In terms of what you've tried using Burb for,  what do you think's made the most impact?

The biggest thing is getting quick feedback. With the first automated message I tested, I wanted to find something that I could message anyone in the community. Even if they were new, or had never had a conversation with me because I was preparing to message to every single person in the community. So,  I decided to just ask a quick question, something like, "Hey, I don't know if you're aware of this or not, but we host these weekly virtual events. I'm curious to know whether or not you attend them? If not, what is the biggest barrier to you being more engaged?"

This was a really valuable way to use direct messages. Because people will either tell you why they came to soapbox in the first place, or they will validate that things are working, or they'll say something that I hadn't even thought of. They might ask, "Can we do events on weekends?" I'd never think anyone would be actually interested in coming to an event on a weekend! I'd love to have tons of one-on-one meetings with community members, but that takes a lot of time. I'll always do them, but I only have so much time to invest. Sending a message to hundreds of members can also get me feedback very quickly.

Thanks for sharing! What's next for you and the Soapbox Community?

The biggest next thing is forming a community advisory board to make decisions together. I'm a solo founder, don't have any hires and people are constantly asking how they can help! My problem is always figuring out how to reach out to those people and ask them questions and get their input without, again, always having to set up these one-on-one meetings. So, I wanna do it in a way that's thoughtful because there are 10 to 20 people really wanna help. It's up to me to bring them together.

Read more about how Nivi thinks about community building on her own site, where she shares guides, resources, and is even launching a course on setting up powerful community operations. 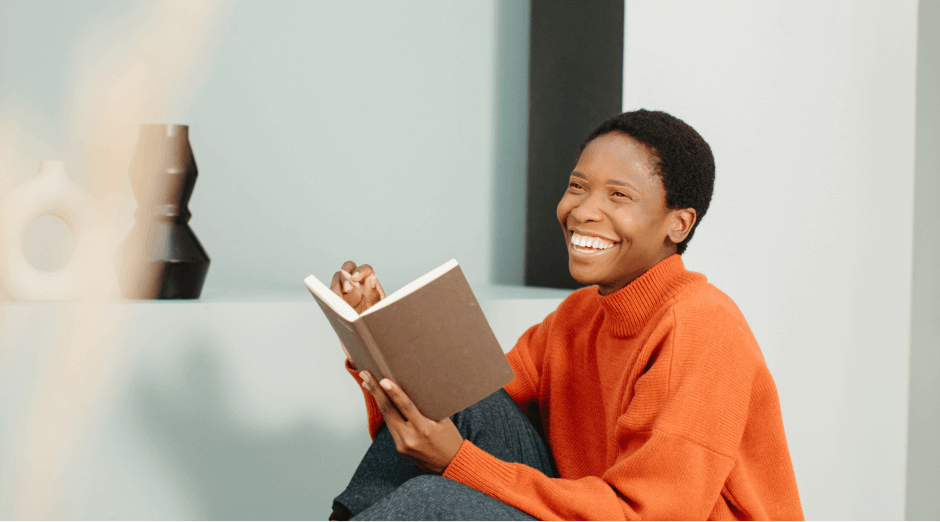 Community
The 5 stages of a community member

In an upcoming post, we're going to dive into the types of community member profiles. Before you dig through these, it's important to understand the 5 stages of a community member....

Once you've connected your apps (ex. Circle, Teachable, Slack) with Burb, this feature gives you the power to automate many tedious and manual workflows.

Be the first to get new tips and templates

Thank you! Your submission has been received!
Oops! Something went wrong while submitting the form.